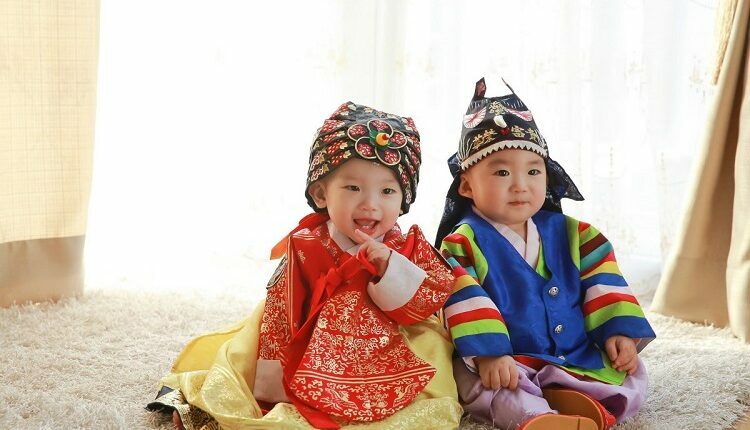 About the formal or semi-formal dress- Korean Hanbok

Have you heard about the dress name before? It’s a semi-formal Korean dress. People wear this beautiful Korean hanbok according to the occasions such as festivals, celebrations and many ceremonies. This beautiful dress has vibrant colours and simple lines without any pockets. So here is the something we will tell you about this dress followed with the history-

It is said that this traditional dress is famous from the Three Kingdoms period. But as we know every dynasty has its own fashion, taste and different clothing traditions. So it has been changing from the last 2000 years.

The three kingdoms period were when Baekje was first, second was Goguryeo and third Silla which occupied the Korean Peninsula. So the people of Baekje like to wear wide pants which can be compared to the pants worn in Goguryeo. By seeing old paintings we can easily recognize that there is no difference in men’s and women’s hanbok.

At the time of Silla kingdom hanbok was influenced by the Chinese fashion trend and the people wore long type jackets fastened at the waist over the long skirts. In the Goryeo dynasty the Mangolian fashion influenced the hanbok style by shortening the chima and the jeogori was shorter about the waist which is tied along a ribbon. The sleeves were curved slightly to give a perfect look. The turning point was when Joeson kingdom was there which gave a gradual transformation to the dress.

But in the mid-20th century this fashion trend was changed and the jeogori once again was in longer length. But later on it is replaced by the western or modern clothing. But the Korean hanbok is so popular that people still wear this dress on many occasions.

Some of the types of Hanbok

It is the basic upper garment of this dress, which can be worn by both men and women. This type of hanbok covers the arms and the upper part of the body. This has changed over time and for men it is unchanged but for women it is shortened over the dynasties.

It is basically a skirt which can be called a sing or we can say a short jacket in hanbok.

It refers to the bottom part of the men’s dress and in the formal term “trousers” in Korean. As you can compare with other western style pants they are loose or tight.

It can be Po or Pho and it refers to the outer overcoat which is very common in style. There are different kinds of Po available as from many past years.

Hello, I am a fashion blogger/writer who writes about trends and changes in the industry on an almost daily basis.

Why You Should Buy Custom Engagement Rings

Why You Should Buy Custom Engagement Rings